The FIFA World Cup (FIFA World Cup), referred to as the "World Cup", is a football event that is participated by national teams from all over the world, symbolizes the highest honor in the football world, and has the greatest popularity and influence. The World Cup has more than 3.5 billion viewers worldwide. The World Cup is held every four years, and any FIFA member country (region) can send a representative team to sign up for this event.

The 2022 World Cup in Qatar will use semi-automatic offside penalty technology to assist referees in making accurate offside penalties. Twelve dedicated cameras will be set up under the top of each stadium in the World Cup in Qatar to track 29 items of data about the football and each player, and collect data at a high frequency of 50 times per second to confirm the specific coordinates of the ball and players on the field. The coordinates of each part of the player's body will be recorded, which can ensure more accurate offside penalties.

According to this technology, a sensor will be placed inside the Qatar World Cup ball "Al Rihla", and the device will send ball data to the video referee team at a frequency of 500 times per second, so as to ensure accurate judgment of the player's point of contact with the ball .

With the help of artificial intelligence technology, the technology will provide automatic offside alerts for video assistant referees. Before notifying the referee on the field, the video referee will conduct two checks to determine whether the effective position of the player (possibly limbs, torso) is offside. This process can be completed within a few seconds.

After the video assistant referee assists the referee to confirm the result of the penalty, a 3D animation will be generated through the collected data, and the reason for the offside penalty will be explained from the best perspective.

Although the 2022 World Cup in Qatar will be held between November and December, the temperature in the Gulf region may still reach around 25°C-30°C. In order to reduce the temperature to 18°C-24°C, the stadium is equipped with cooling technology and a retractable roof to provide athletes and fans with a more comfortable playing and watching environment.
Seven of the eight stadiums in this World Cup have adopted advanced cooling technology to keep the inside of the stadium cool and pleasant. Not using the technology is the naturally ventilated 974 Stadium, which requires no cooling thanks to its proximity to the coast.

There will be an energy center adjacent to the stadium, from which cold water will be piped to the venue. Ventilation vents are installed around the football field and below the auditorium, and during the game, cold air will be continuously pushed from the vents to the field and the audience area. This system mainly uses the heat energy converted from solar energy for cooling, and the cold air is circulated through the pipes to the entire stadium. This is also the first time such a technique has been used.
In addition, the unique retractable roof significantly improves the cooling process, meaning that the water and energy usage required for the air-conditioning system is not overtaxed. In case of bad weather, the retractable roof can also be closed.

During the journey to watch the World Cup, carry our mint products at any time, which can refresh your mind and experience football more clearly.

The key process of the game

Information about the country of Qatar

The State of Qatar (Arabic: دولة قطر, English: The State of Qatar), referred to as Qatar, the capital Doha, is located on the Qatar Peninsula on the southwest coast of the Persian Gulf. It has a tropical desert climate, the terrain of the country is low and flat, and the oil and natural gas resources are very rich. The total area is 11,521 square kilometers, and the coastline is 563 kilometers long. There is no clear provincial administrative division, and the country is divided into 9 regions centered on some major cities. As of September 2022, Qatar has a total population of 2.658 million, belonging to the Arab nation. Islam is the state religion of Qatar, and most of its residents believe in Islam. Arabic is the official language, and English is also widely spoken locally.

Why is the country of Qatar so rich?

The pillar industry of Qatar's economy is oil and gas and its related petrochemical industry. It is the world's largest producer and exporter of liquefied natural gas, and its oil and gas export revenue is huge. With the implementation of the strategy of economic diversification, the prospect of economic growth is stable, the business environment is increasingly perfect, with modern infrastructure such as roads, subways, airports, ports and communications, the social security situation is good, and the degree of marketization is relatively high. Qatar is a member of international and regional organizations such as the United Nations, the Organization of Islamic Cooperation, the League of Arab States, the Cooperation Council for the Arab States of the Gulf, and the World Trade Organization. It is a member of the World Natural Gas Exporting Countries Forum and the headquarters of the Forum. In 2021, Qatar's GDP will be 169.2 billion US dollars .

Dosfarm is by your side

You can predict the key data of the day's game in the comment area, and we will enjoy the World Cup and the charm of football with you. 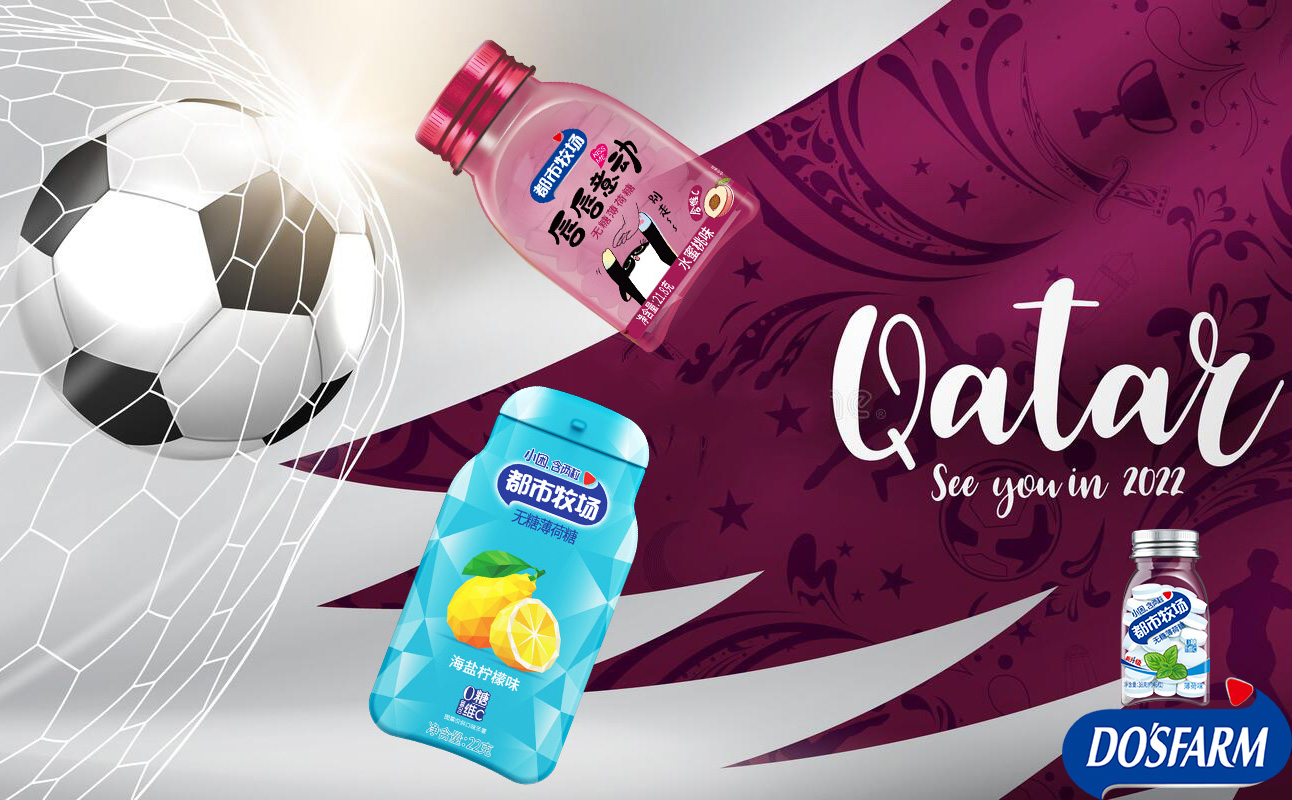 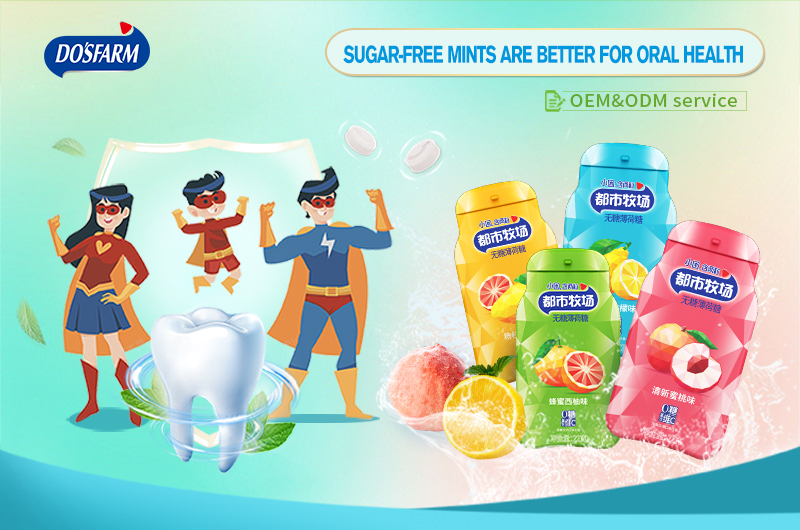 Around a quarter of recent product launches in the tablet, and confectionery category has made claims for breath freshening or oral care. Mintel explores the latest flavor trends and health claims in the most common sub-group: Mints. "There is room to gr 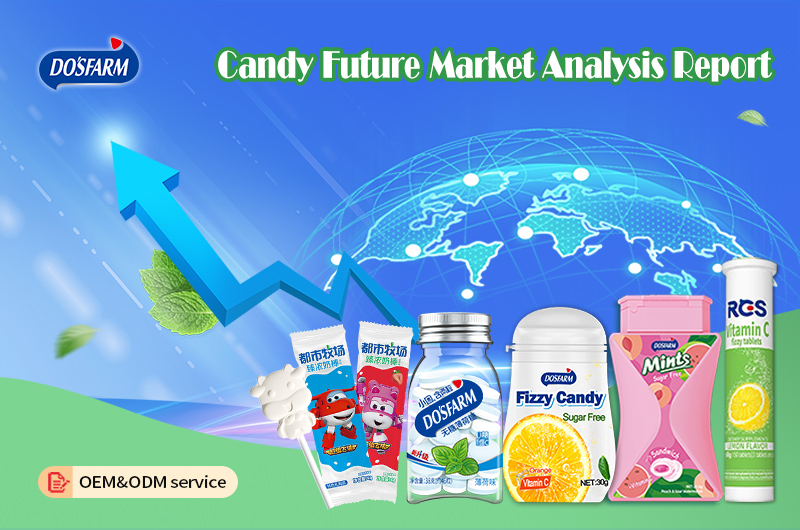 I'm not on Halloween, I'm just looking for a reason to ask for your candy. Don't worry, DOSFARM gives you "sugar" freedom