Our Plum flavored sugar-free mints have added plum, so in addition to the refreshing effect of mint, it also has the effect of plum. Plum has the functions of promoting body fluid and relieving fatigue, appetizing and digesting food, and promoting body fluid. It often requires a moderate ratio of sour, sweet and salty, and Plum has achieved this. The sour and salty taste stimulates the taste buds and makes saliva secrete body fluid. Improve dry mouth. Plum is made from plum, which benefits people and has the effect of relieving pain and swelling. It is mentioned in "Compendium of Materia Medica": "Plum, the fruit of blood, strengthens the stomach, astringes the lung, warms the spleen, stops bleeding and phlegm, and reduces swelling. Detoxification, promoting body fluid and quenching thirst, and curing chronic cough and diarrhea.” The medical book mentioned that when you have a stomachache, you can apply plum meat to the navel, or drink some plum boiled water, which has the effect of relieving pain. Plum tastes sour and salty, which can induce body fluid and quench thirst, stimulate taste buds, and can relieve morning sickness, motion sickness, and other uncomfortable effects if eaten in moderation. Based on the above advantages, Plum flavored sugar-free mints have always been loved by many consumers.

In 2019, the FDA issued new regulations to carry out stricter control over the food industry. Plum flavored sugar-free mints need to be discontinued due to relevant policies.

Although we encountered such a difficult situation at the time, our staff did not give up easily and continued to think about how to make plum flavored sugar-free mints that satisfy customers. Later, our R&D team realized that we could try to change other raw materials, so our staff searched for better raw materials everywhere. At the same time, the R&D team adjusts the ingredients plan of plum flavored sugar-free mints in strict accordance with the relevant policies of Thailand according to customer needs.

The Thai distributor is very happy and told us, Good news! our Facebook has been receiving all kinds of private messages from consumers, and consumers are very happy that "Plum flavored sugar-free mints are coming back", thank you very much for your professionalism!

Happy Chinese New Year to you and your family!

The African powerhouse Morocco will face Croatia at the Gulf Stadium. This is the first group match of Group F of the World Cup in Qatar. Can the old Croatia play the beautiful "Croatian Rhapsody" again in distant Qatar? 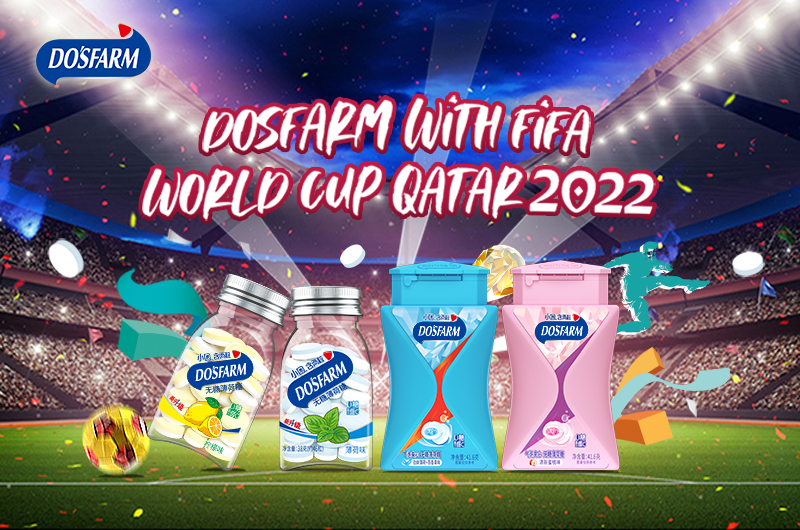